The US Supreme Court, on June 12, 2014, issued a unanimous decision written by Justice Anthony Kennedy reinstating Pom Wonderful LLC’s false advertising claim against The Coca-Cola Company. The lawsuit had been closely followed in the food and beverage industry because of its potential to bar Lanham Act false advertising claims entirely when they involve food and beverages, which Coca-Cola had argued were preempted by the Food and Drug Act’s beverage regulations. A US district court had been persuaded by Coca-Cola’s arguments and granted a partial motion for summary judgment on Pom’s Lanham Act claims, and the US Court of Appeals for the 9th Circuit had affirmed. The US Supreme Court has reversed and remanded the case.

Pom is the maker of pomegranate juice products, including a pomegranate-blueberry blend, shown below: 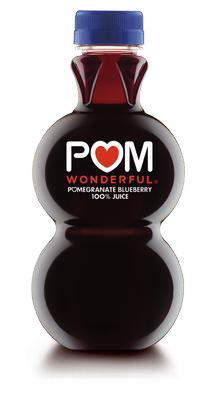 One of Pom’s competitors is Coca-Cola’s Minute Maid Division, which makes a juice blend sold with a label (depicted below) that, in describing the contents, displays the words “pomegranate blueberry” with far more prominence than other words on the label that show the juice to be a blend of five juices. In truth, the Coca-Cola contains but 0.3% of pomegranate juice and 0.2% blueberry juice. POM sued Coca-Cola for false advertising, arguing that the label is deceptive and misleading under Section 43 of the Lanham Act: 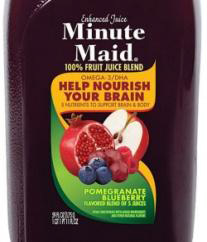 The district court granted partial summary judgment to Coca-Cola, ruling that the Federal Drug and Cosmetic Act (FDCA) and its regulations precluded Lanham Act challenges to the name and label of Coca-Cola’s juice blend. The Ninth Circuit had affirmed.

The Supreme court reversed and remanded, finding the Ninth Circuit’s ruling that Pom’s action was precluded by the FDCA was incorrect. The court appreciated that the case concerns “the intersection and complementarity of two federal laws, the Lanham Act and FDCA.” These two federal statutes complement each other in the federal regulation of misleading food and beverage labels. These two statutory schemes have coexisted for 70 years since the passage of the Lanham Act in 1946. Thus, after this ruling, competitors are free to bring Lanham Act false advertising claims challenging food and beverage labels regulated by the FDCA.

The food and beverage industry is breathing a sigh of relief after this ruling. It is now clear that the FDCA does not preclude Lanham Act false advertising claims dealing with food and beverages.